Hydration for exercise – The basics

Maintaining optimal fluid intake is crucial for both performance and health, but even more so when we’re talking before, during and after exercise. However, hydration presents a challenge for many people to a degree. Most don’t get it right.

Water is the most important requirement for achieving hydration. Its functions in the human body include regulating temperature to our preferred 37 degrees centigrade, lubricating joints, and transporting nutrients and waste through the body. Most of us need roughly 2 litres of water on a daily basis to function optimally.

What does being well hydrated mean?

The amount of water a person needs depends on climatic conditions, clothing, exercise intensity and duration.

A person who perspires heavily will need to drink more than someone who doesn’t. Certain medical conditions and some medications can act as diuretics, causing the body to lose more fluid.

Thirst isn’t the best indicator that you need to drink. If you get thirsty, you’re already dehydrated. The easiest thing to do is pay attention to the colour of your urine. Pale and clear means you’re well hydrated. If it’s dark, drink more fluids.

For most people, water is the best thing to drink to stay hydrated. Sources of water also include foods, fruits and vegetables which contain a high percentage of water (such as oranges, watermelon, cucumber etcetera).

Sports drinks with electrolytes may be useful for people doing vigorous exercise in very hot weather, though they tend to be high in added sugars and calories.

It’s healthier to drink water while you’re exercising, and then when you’re done, eat a healthy snack.

On average, you lose about one litre of fluid per hour of exercise. Extreme heat and humidity can raise that amount to three litres in one hour.

If you want to know exactly how much fluid you need, weigh yourself before and after exercise to see how much you’ve lost through perspiration. It’s a particularly good guide for training in the hot summer months. For every 0.5 kg of sweat you lose, that’s approximately half a litre of water you’ll need to replenish. If you want to skip the math and you tend to sweat a lot, 300 ml every 15 or 20 minutes during your workout is a reasonable amount.

Not sweating during vigorous physical activity can be a sign that you’re dehydrated to the point of developing heat exhaustion.

Dehydration strikes when we don’t take in enough fluids. Each day we displace about two cups worth of water through breathing alone. Water is one of the most important nutrients in the body, making up approximately 70% of muscle, and about 75% of the brain. The body manifests its shortage of water in discomfort such as headaches and muscular pain. The early stages of dehydration, however, carry no obvious signs or symptoms besides thirst.

Any number of problems can result from not drinking enough water, perhaps one of the most common is tiredness. If you don’t drink enough water, your blood in turn gets thicker from the low water content, which means your heart has to work harder, resulting in fatigue.

Don’t drink too much
It is possible to drink too much fluid, although this is uncommon. More of a risk during marathons or triathlons, athletes who consume too much fluids can develop a potentially life-threatening condition called hyponatremia. Hyponatremia, or water intoxication, results from drinking too much, especially plain water or sports drinks lacking the proper electrolyte profile.

Overhydration presents some serious problems. Dehydration which will generally only result in painful cramping, at the utmost IV treatment, but overhydration can prompt a chain of ultimately fatal consequences.

Remember to reach for that bottle of water ! 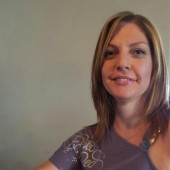 Tessa K wants to live in a world where chocolate is calorie free, and spiders existed only in fables. As a Freelance Writer and Personal Trainer, her work's been spotlighted on a multitude of blogs and websites. When she’s not marrying words to paper or playing drill sergeant in the gym, you can find her with her nose in her books, playing mom, or busy with a random DIY project.

Flexibility for lower back pain

Preventing Weight Gain – ‘The How To’

Ladies, do you bench? Why chest training is important for women!

Welcome to Modern Living SA, your lifestyle blog and fitspiration! We’re overjoyed to bring you a fountain of inspiration, just tempting you to procrastinate at work.

We’d love to get to know you better. Send us some love!